Building on many years of stakeholder feedback, Axiom Data Science together with the South East Coastal and Ocean Observing System (SECOORA) have been working on a signifcant overhaul to the SECOORA Data Portal. These updates were presented to SECOORA stakeholders by Axiom’s Stacey Buckelew and Brian Stone udring a Feburary 27 webinar. The updated portal is currently available in beta version (v2.6) to give users access to new features and a revamped design to get more out of the SECOORA data services. The new portal exists on a platform that is more responsive to long time series observations, and has been updated with more advanced discovery and sharing capabilities. The portal offers sophisticated charting abilities, including comparisons between data sources, binning by time, and plotting of climatologies and anomalies. Users can create custom compilations of sensor and model outputs, which can be shared to spotlight environmental events or geographic locations. Ocean profling sensors, such as gliders, have been enhanced to display depth charts, interpolation via kriging, and 4D interactive charts.

Feedback from test users on the new interface will be integrated into the final, operational version that is expected to replace the current one in April 2018. With these new features, the SECOORA Data Portal will serve as a more powerful tool for users to explore relationships and trends in the physical, chemical, and biological data collected from the waters surrounding the southeast coastal region.

To check out a demonstration of the new portal capabilities, the webinar can be watched HERE. Or, visit the v2.6 beta version of the SECOORA data portal. 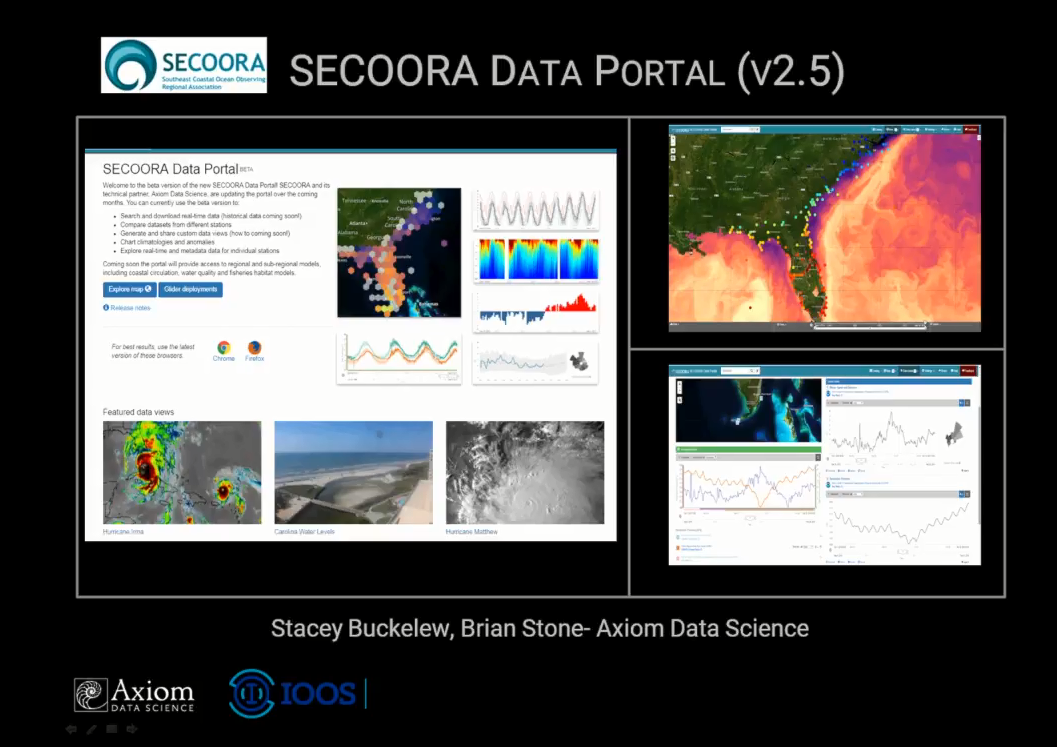